Thanks to the discovery of a rupestrian engraving depicting a woman and the presence of a menhir close to Mazeirac – the “standing stone” or “Pinjo Chabro” in patois, we know this site was frequented by the first men of the Neolithic period. The legends that reached us probably come from those ancient cults.

The most common legend tells us:
“If a young lady crosses this gate at midnight, on a full moon night, she’ll be married before the end of the year.”

An older version indicates a rite of passage much harder to carry out: “When a young lady wishes to get married, she must stand under the gate on Easter night with a lit candle in one hand and a container in the other one. On the first strike of midnight, she must go down the Gorges de la Truyère. If she manages to be back under the gate before the last strike of midnight, she will be married before the end of the year!”

The very name of this place alludes to a gate to another world: the hidden world of fairies. Those legends are related to the notions of fertility and sacred feminine.

Another myth is the one about the name of “Porte des Fées” (literally, Gate of the Fairies). Why such a name?

Quite a sad story actually !

“A long time ago, an old shepherd was walking its sheep. In the course of this walk, he happened to lose one animal. While looking for it, the man spotted three fairies bathing in the Truyère River. Stricken with this encounter, they came to the old shepherd and promised him wealth and love in exchange for his silence. Therefore, the man promised to keep his word. However, as soon as he made it back to the village of Malzieu, he started to tell everyone about what he had seen. Of course, nobody believed him and people made fun of him. The old shepherd died alone, drown in the darkest poverty.”

You have been warned… If you ever come across some otherworldly beings in the course of a hike, keep it to yourself!

Nowadays, the Porte des Fées became a popular hiking place, appreciated for its quietness and its breathtaking view over the Gorges de la Truyère. At the departure of Malzieu, you need half an hour by foot to reach the church and the cemetery of Saint-Pierre-le-Vieux, and then the narrow path that leads to the Porte des Fées. 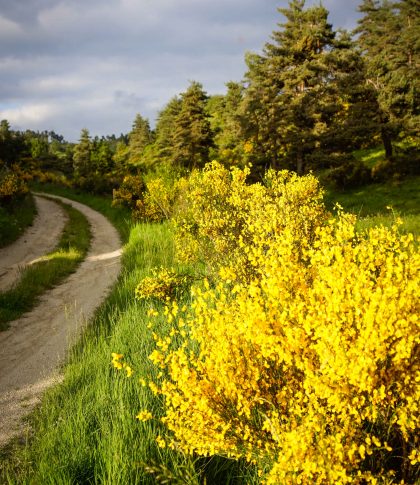 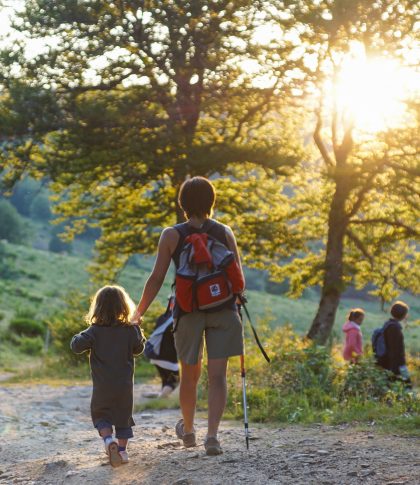 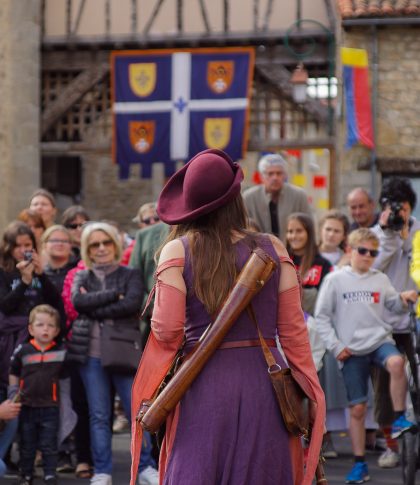