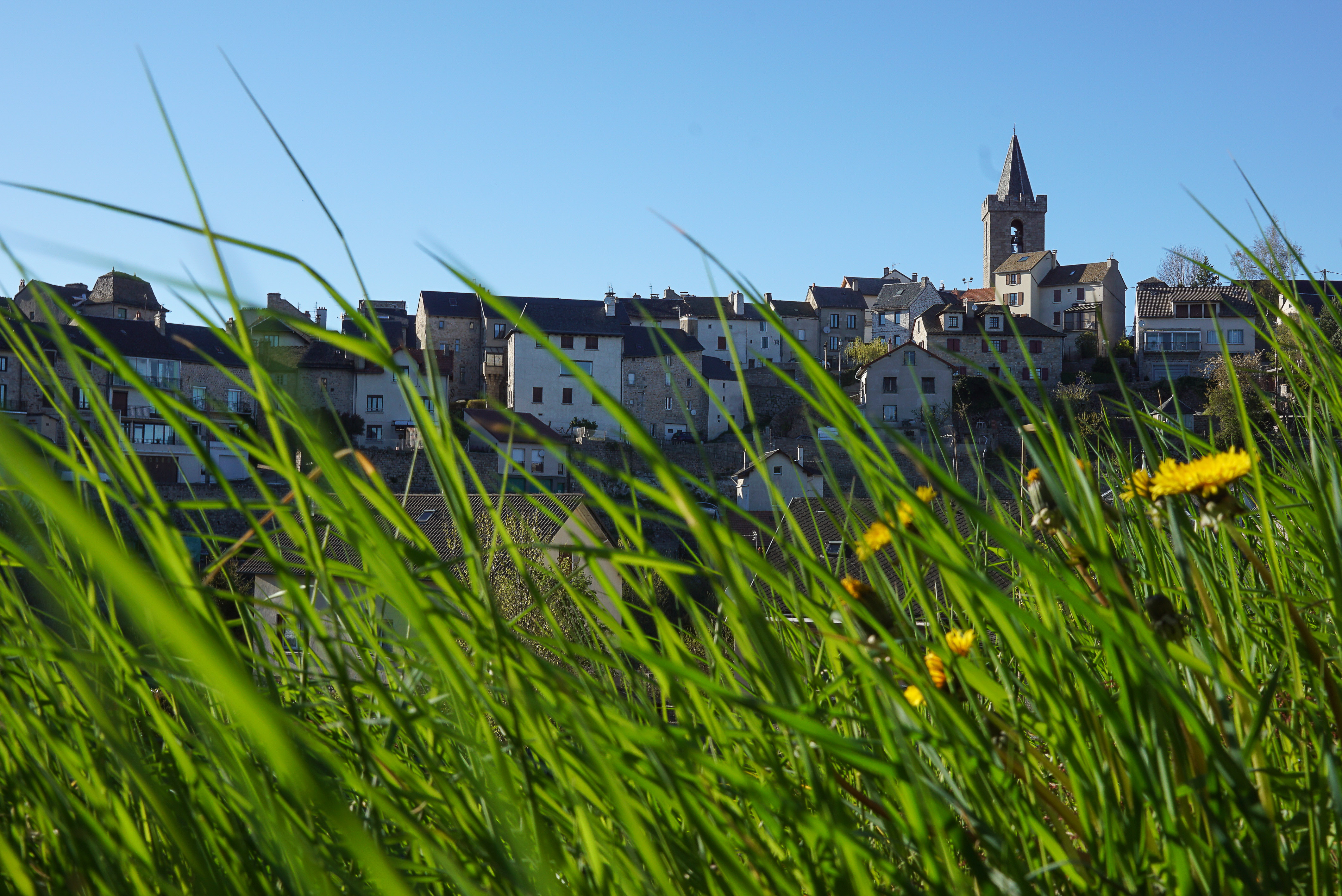 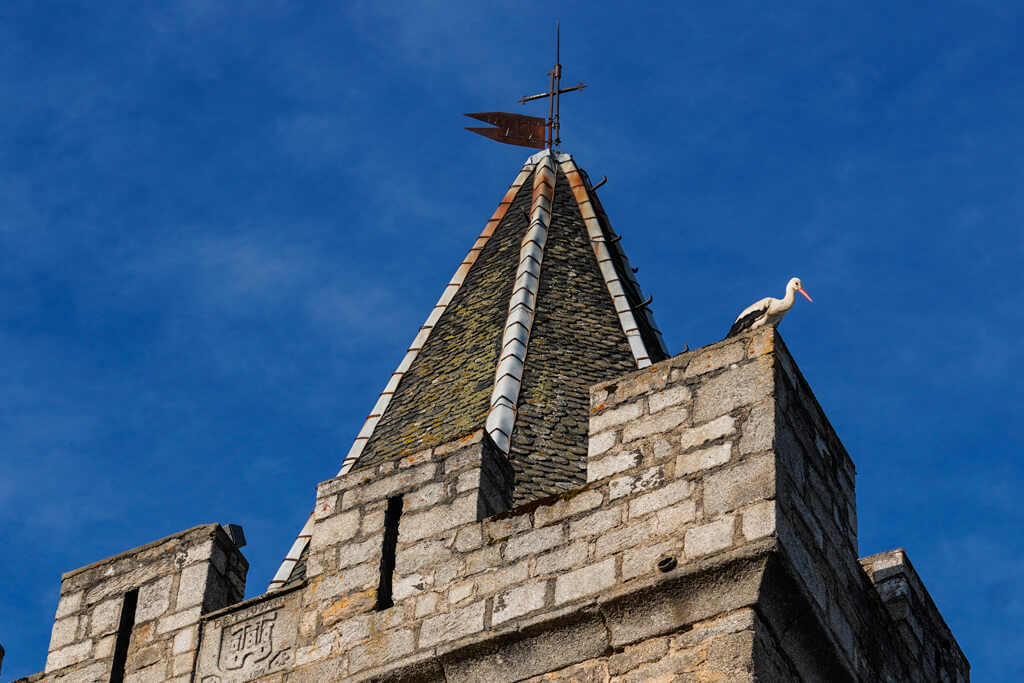 With its rich rural and industrial past, the “barraban” city has always been a real link between Auvergne and Languedoc. This privileged situation between the Margeride Mounts and the foothills of the Aubrac plateau, as well as the arrival of the railway in 1887, have made Saint-Chély-d’Apcher a vibrant city full of life where tradition and modernity meet.

Before we begin, a little etymology! 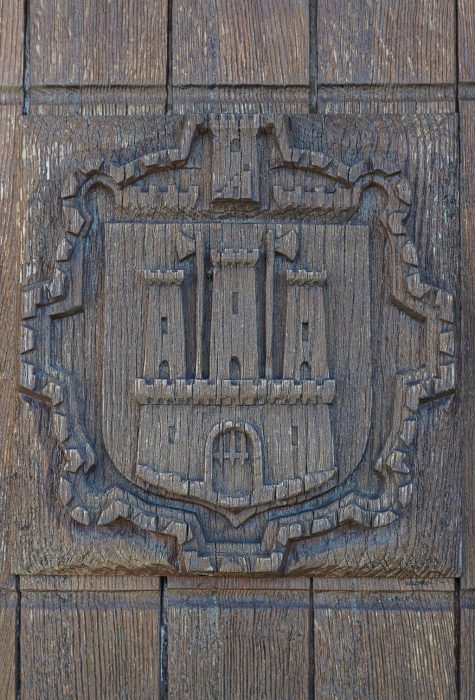 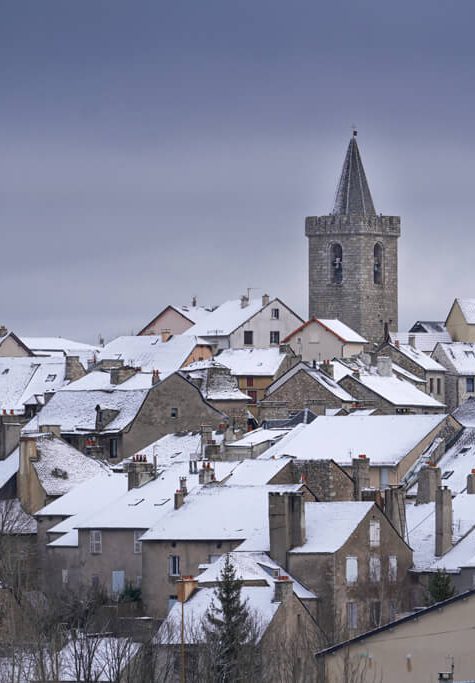 Men of soil and steel…

In 1887 the railway arrived and the local train station was built ! Then, the commissioning of the ironworks in 1917 compensate for the fall in the fabric trade. The industrial site, the only one in Lozère, will employ up to 1,300 workers in the early 1960s! Today it has around 200 employees and produces 120,000 tons of special steel per year.

The multi-faceted barraband city has thus managed to ally its local population with more than 17 different nationalities who have arrived to work at the factory throughout the years.

Did you know  ? In 1362, during the Hundred Years Long’ War, an army of English looters attacked the city. The 200 inhabitants, led by Guérin VI and Guérin VII d’Apcher, armed themselves and pushed them back, shouting “Of Apchier, Notre-Dame, bars forward” which translated to “barres en avant” in french. According to some historians, the distortion of the language through the centuries would have transformed this rallying cry into a local demonym ! Hence the name of the current inhabitants of Saint-Chély-d’Apcher: the “barrabans”.

As you explore the Lozere county, you may notice this name that often appears on streets or buildings. The Boulevard Théophile Roussel in Mende, the main street of Saint-Chély-d’Apcher, villages squares or even the schools… But who was this Théophile Roussel?

Born in Saint-Chély-d’Apcher in July 1816, Théophile Roussel studied in his home town before moving to Paris. As early as 1841, he made a bibliographical study on a famous Lozerian, Guillaume de Grimoard (pope in 1362 under the name of Urbain V – if that name rings a bell it’s normal, a hiking path crossing Lozere bears his name today !). This study earned him the praise of the a famous french academy as well as a gold medal from the french state.

The same year, he was admitted as a resident of the hospitals complex of Paris at the young age of 24. After brilliant studies and many travels, Théophile Roussel returned to Lozere and was elected deputy at 33 years old; he married Elisa d’Estrehans in Saint-Chély-d’Apcher. 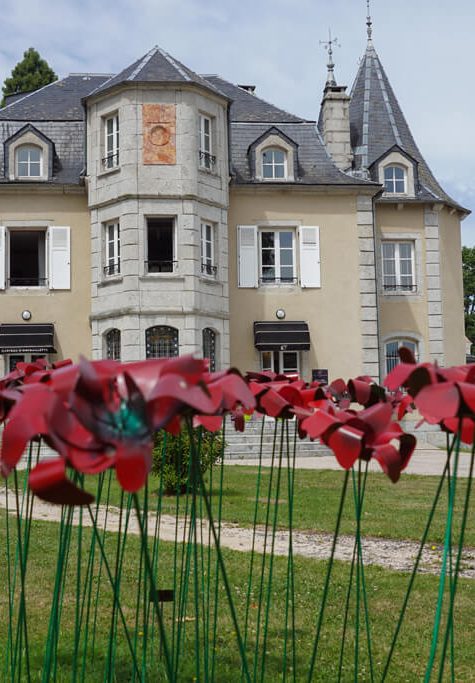 A life of improving child protection in France

Théophile Roussel practised the profession of country-side doctor while being General Counseler of Lozere. In 1860, while being Deputy of Lozere as well as President of the Society for the Protection of Children, he helped pass the law called “Roussel” for the protection of children. He entered the Academy of Medicine in 1872 and the Academy of Moral and Political Sciences in 1891.

Théophile Roussel died in his Château d’Orfeuillette at the age of 87. He bequeathed to his native town his father’s house, which became the town hall, his library of 5,000 books and a large sum of money to build the Théophile Roussel Hospice Hospital.

This generous and brilliant man led a decisive action in favour of the arrival of the railroad in Saint-Chély, and then the installation of the factory !

A crossroads of exploration

Nowadays, what is there to do in Saint-Chély-d’Apcher?

This ideally situated and accessible town is a wonderful crossroads of exploration. Indeed, due to its immediate proximity to the A75 highway, it is an ideal place to set up your “base camp” in order to set off to discover Margeride and Aubrac ! In just a few minutes, the calm and preserved landscapes of Haute-Lozère await you. On foot, by bicycle or on horseback, there are numerous trails starting from the town centre and the surrounding area.

The streets of the city regularly come alive during the many festivals and events that take place there…Here’s a sneak-peak of the events that you shouldn’t miss :

Discover the town and its surroundings !

You are now ready to plan your stay in Haute-Lozère! Let yourself be guided by the festivities, the visits to be made, the landscapes to be discovered and the delicious local specialities to be tasted…

The horse stables of Arlequin 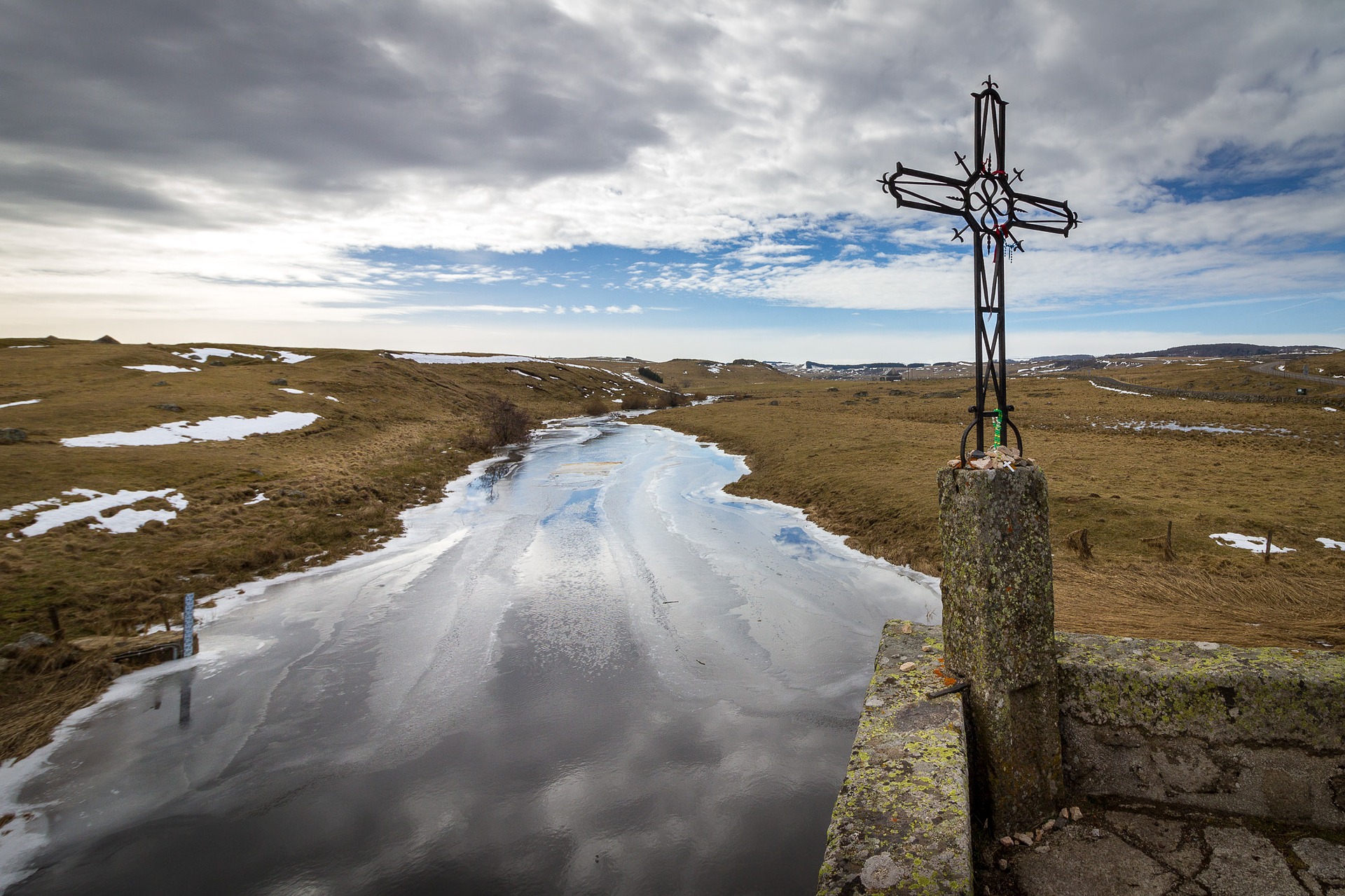 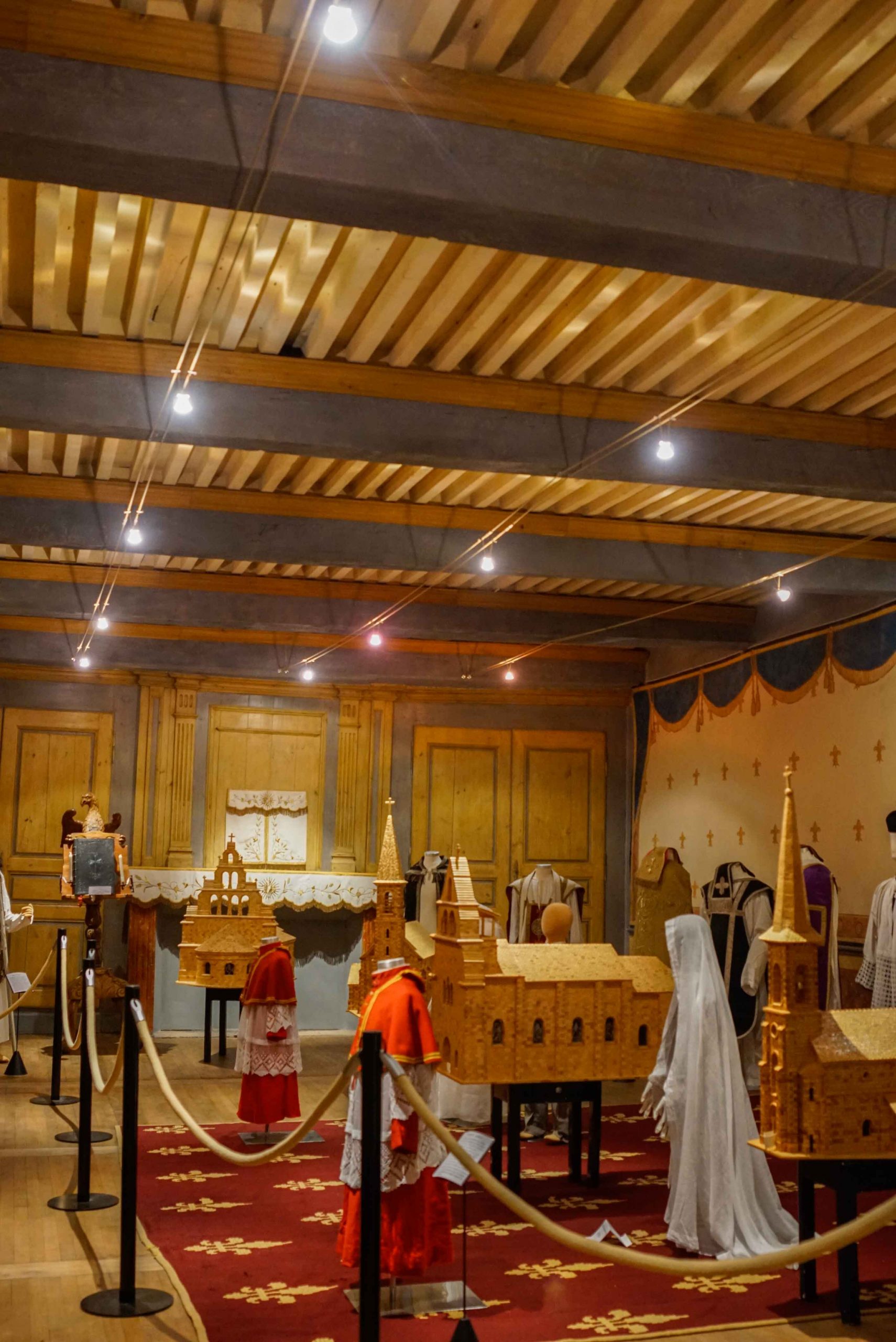 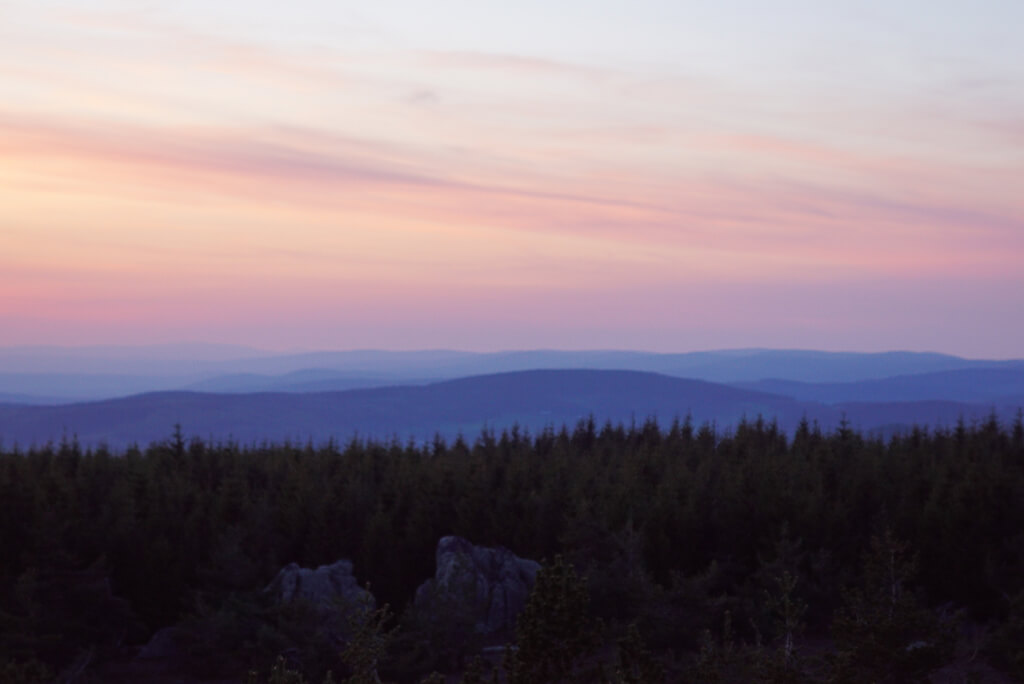